Firms are assumed to supply goods and services to maximise their subject to production technologies in perfect competitive markets. Production technologies are described by nested separable constant elasticity of substitution (CES) functions (see below), and inputs are divided into primary input factors (i.e., labour, capital and resources) and intermediate inputs from each sector. Output and the use of all input factors are subject to taxation, reported in the database. Production of primary energy includes natural resources as a sector-specific production factor, with a fixed supply. 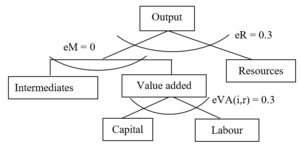 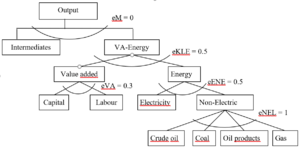 Figure 2.4. Production structure of goods/services other than agriculture and primary energy

The power generation sector consists of generation, and transmission and distribution (T&D). Transmission and distribution are represented by a service sector, which is consumed in a fixed proportion relative to power generation, as described by a Leontief function (Peters, 2016b). Following many other CGE-based studies (e.g., Peters, 2016b; Sue Wing, 2008; Wing, 2006), we assume imperfect substitutability among technologies to depict market inertias associated with switching from one technology to another. Hence, a stricter climate policy will lead to substitution towards less carbon intensive technologies, without ending up with corner solutions. The choice of elasticity is subject to a compromise between a high elasticity to reflect the homogeneity of the output, and a low elasticity to reflect the incompleteness in switches between technologies. 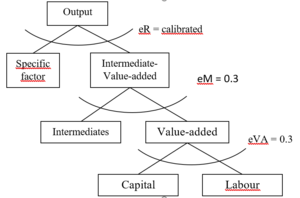 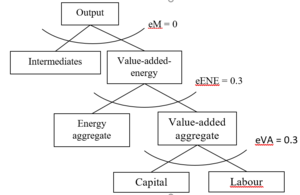 Figure 2.6b. Nesting structure of fossil fuel based power generation

Note: The documentation of GRACE is 'under review' and is not yet 'published'!
Retrieved from "https://www.iamcdocumentation.eu/index.php?title=Production_system_and_representation_of_economic_sectors_-_GRACE&oldid=14580"
Category: