International trade is treated 'upstream': the competition of the domestic and imported varieties of each good is settled in an aggregate manner, not at the level of each domestic agent.

A well-known modelling issue is then to avoid 'knife-edge' solutions, i.e. to prevent cheaper goods systematically winning market shares over more expensive ones. We follow the most common approach to addressing this issue, the Armington (1969)1 specification, which assumes that the domestic and imported varieties of the same good aggregate in a common quantity index, although in an imperfectly substitutable way which is typically derived from assuming that the two varieties combine through a constant elasticity of substitution (CES) function. This allows representing markets in which both domestic production and imports have a share, despite the fact that they are priced differently.

Despite its straightforward treatment of imperfect product competition, the Armington specification has the major drawback of introducing aggregate volumes that do not sum up the volumes of imported and domestic varieties. While this shortcoming can be ignored for non-descript 'composite' goods, where quantity units are indexes of no direct significance to the economy-energy-environment interactions, it is not compatible with the obvious need to track energy balances expressed in real physical units. Competition between energy goods is thus settled through simplified specifications. In the case of national models, the hypothesis of a constant elasticity of substitution is retained, but the construction of a composite index is dropped. Imports and domestic production are simply summed up to form the resource that is available to the importing economy. For the multi-regional version of Imaclim, a market-sharing formula is implemented. The international market buys energy exports at different prices and sells them at a single average world price to importers; shares of exporters on the international market and regional shares of domestic vs. imported energy goods dependent on relative prices, export and import taxes, and market fragmentation parameters that are calibrated to reproduce the existing markets structure.

For all goods, export prices include the producer prices, export taxes or subsidies, and average transportation costs. This allows the model to take into account that increasing energy prices would impact on transportation costs and eventually on commercial flows and industrial location patterns. 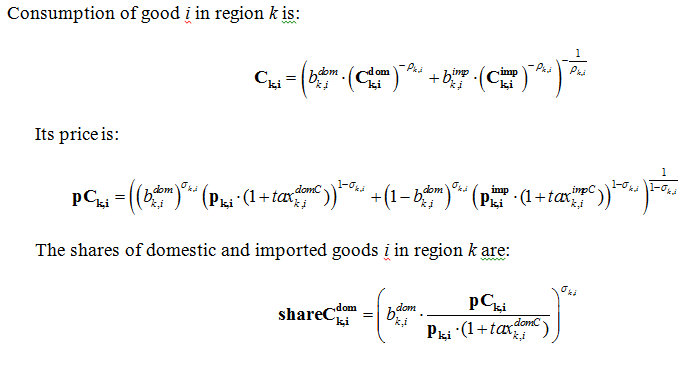 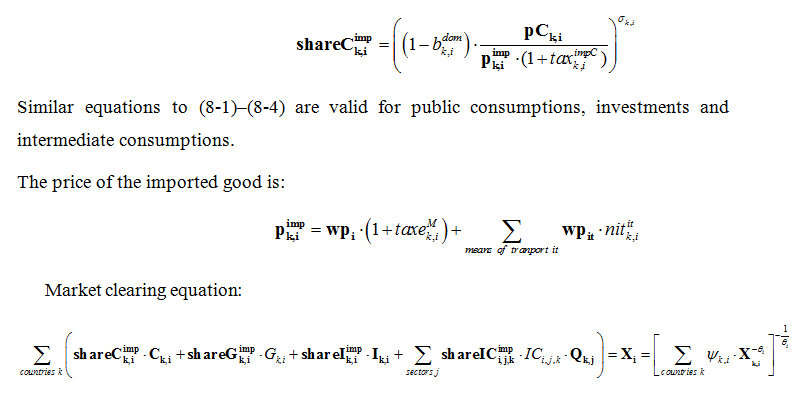 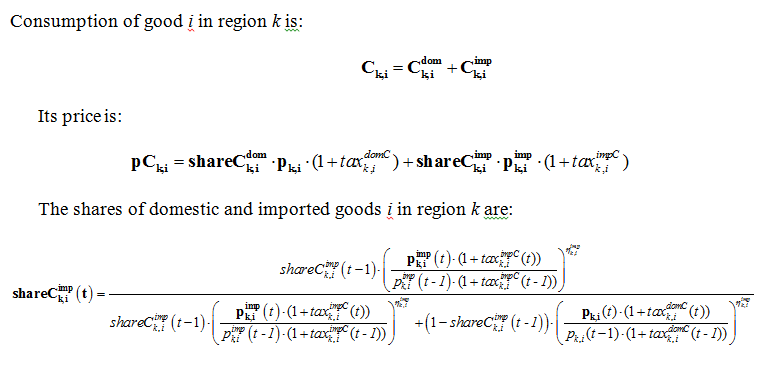 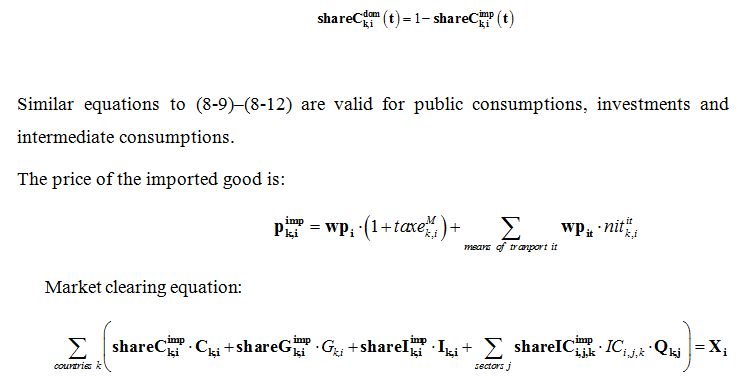 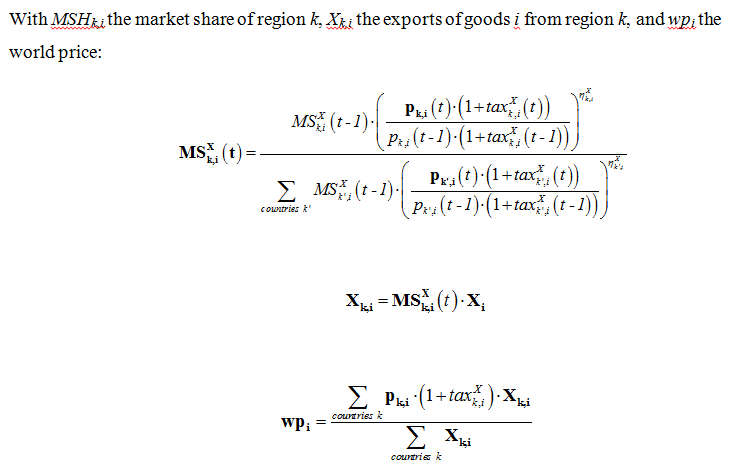