The electricity and heat generation sector represents many different technology types, using a wide range of fossil-based and renewables resources. The existing system is represented in generic terms whilst the options for future investments are characterised in more detail. Annual electricity and heat supply is temporally disaggregated across six periods (or time slices), based on three season and two diurnal periods (Day / night) to represent changes in load based on sector demand profiles. 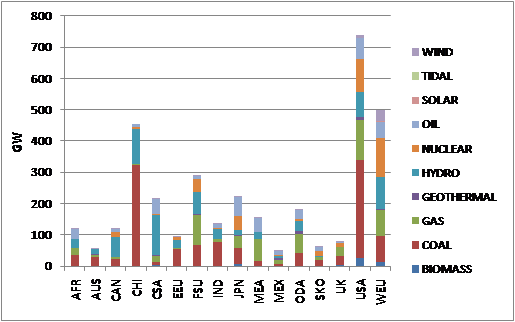 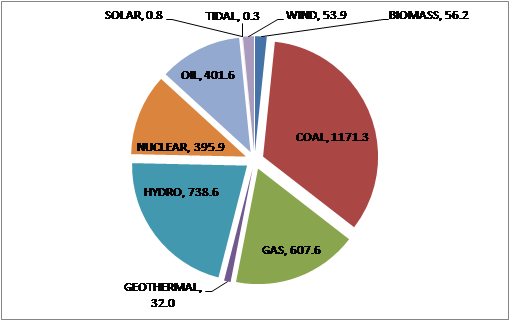 An important element is the transformation element which allows for regional differences to be introduced without having to duplicate technologies. For the electricity sector, the following parameters are controlled, and varied by region:

Further work is required to include new CHP technologies, which are not available for public system or industry investment.

An overview of the key parameters for the different technology groups is shown in below.

For low carbon analyses, sequestration technologies in the electricity generation sector are very important. The first five technologies listed have vintages for 2010, 2020 and 2030.

Removal by Storage in the deep ocean