Estimation of fossil fuel reserves refers to a number of studies, and supply cost curves for each resources are made based on economic and technological assumptions. For coal resource assessment ?Survey of Energy Resources? by the World Energy Council (WEC) is mainly referred to. The USGS 1995 National Assessment of United States Oil and Gas Resources, the USGS Survey world petroleum assessment 2000: Description and results, and Rogner (1997) were used for conventional/non-conventional coal and gas reserve estimation.

The resource potentials are modeled using region-specific potentials, and they are classified into different grades. With IEA World Energy Outlook and Rogner (1997), fossil fuel supply curves are created as shown below. This grade structure with royalty and transportation costs allows to calculate supply chain optimization of global energy systems. 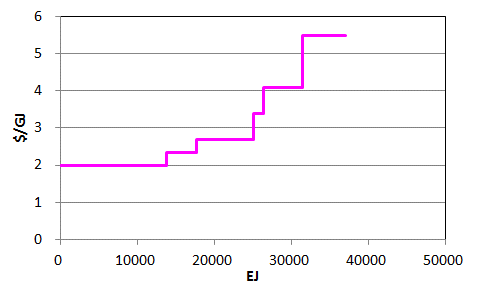 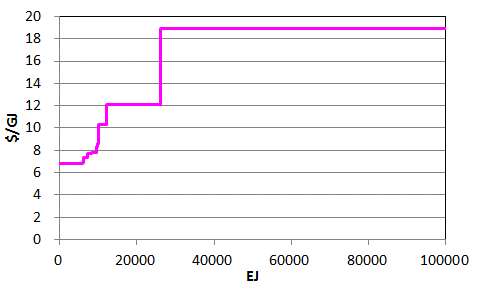 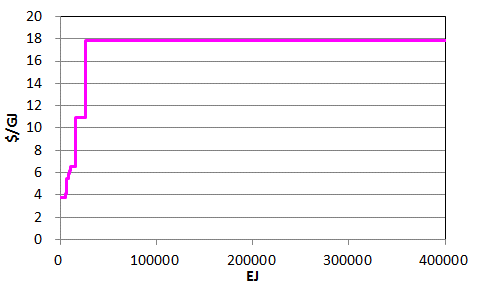 In DNE21+, emissions from fossil fuel combustion can be curbed by deploying carbon capture and storage (CCS). Storage potential was estimated based on a sedimentary basin map of USGS. The ?ideal? potential of aquifer sequestration is shown in Figure 12. 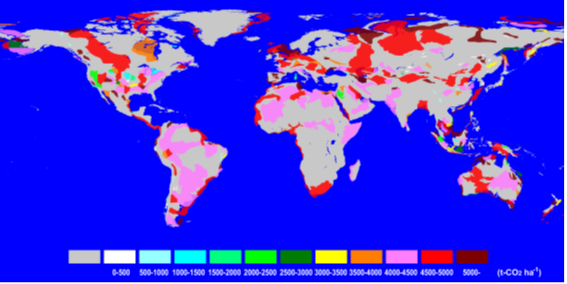 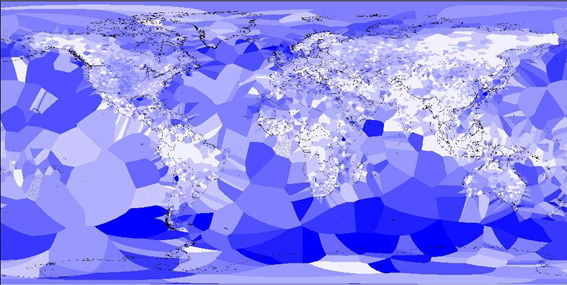 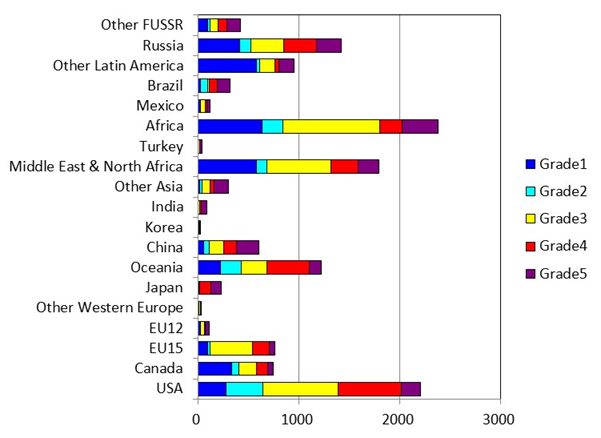 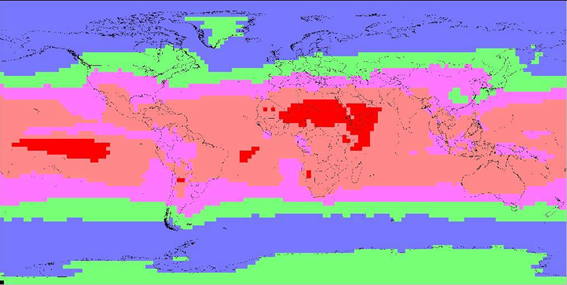 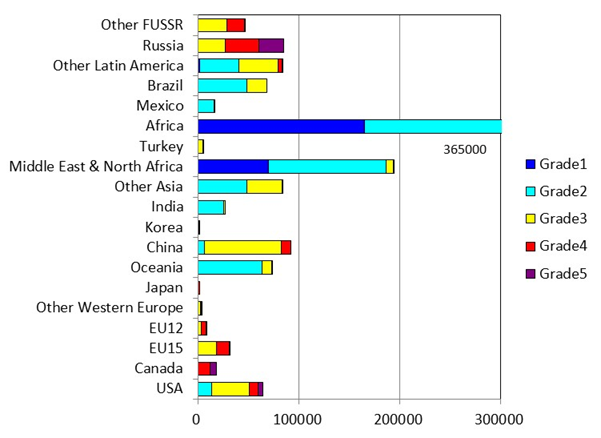 Currently hydropower plays an important part in global power generation and is the most common form of renewable energy. The overall technical potential for hydropower is estimated to 25,000 TWh/yr, using the WEC?s ?Survey of Energy Resources? as a reference. 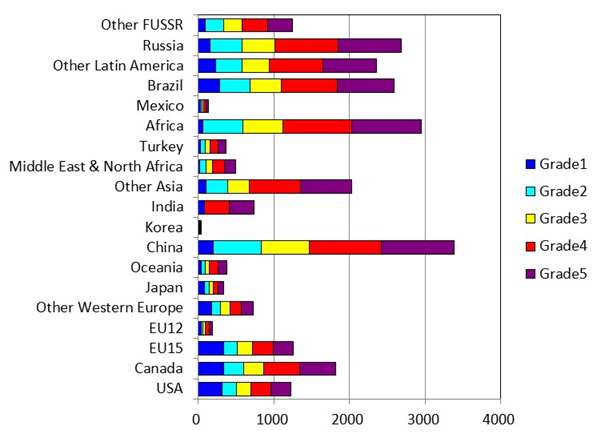 For biomass resource assessment, DNE21+ employs the LULUCF model results on available land area for biomass production and afforestation, and land are productivity. Waste-based biomass potentials are also taken into calculation as a constraint of the DNE21+ model. Exogenous scenario is given for the future traditional biomass. 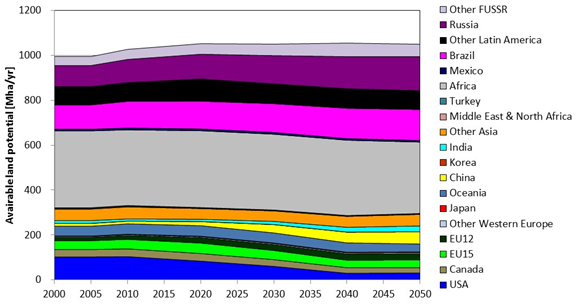 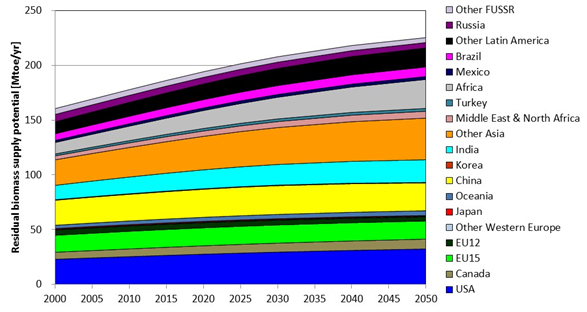 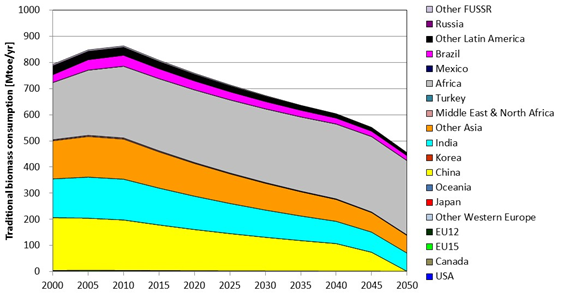