The optimal path of consumption is determined by optimising the intertemporal social welfare function, which is defined as the an isoelastic utility function of per capita consumption, weighted by regional population. The pure rate of time is set at 1% per year. 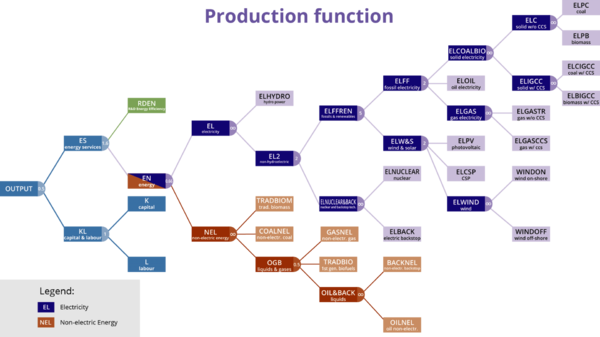