International Futures (IFs) is a long-term integrated assessment model or system which is a collection of several hard–linked, directly interconnected models (sometimes referred to as modules). It is dynamic recursive with annual time steps to 2100. It represents 186 countries connected through a variety of flows, facilitates aggregation of them to global regions, and allows subdivision of them into more local socio-political units. The IFs system is available for use by others both on-line and in a downloadable version, and it is open source. Major models in IFs (see Figure below) include 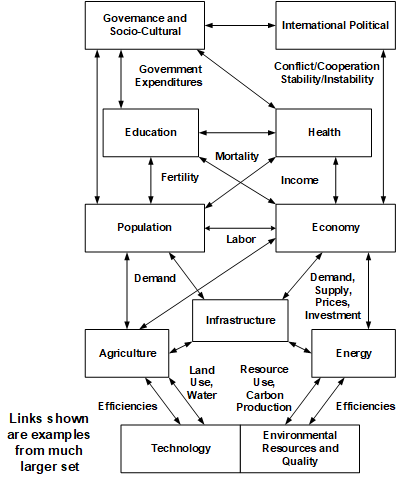