See Table 1 for a list of gaseous fuel production technologies in MESSAGE.

See Table 2 for a list of hydrogen production technologies in MESSAGE.

As already mentioned in the section for :ref:`electricity`, technological change in MESSAGE is generally treated exogenously, although pioneering work on the endogenization of technological change in energy-engineering type models has been done with MESSAGE (Messner, 1997 1). The current cost and performance parameters, including conversion efficiencies and emission coefficients is generally derived from the relevant engineering literature. For the future alternative cost and performance projections are usually developed to cover a relatively wide range of uncertainties that influences model results to a good extent. As an example, Figure 1 below provides an overview of costs ranges for a set of key energy conversion technologies (Fricko et al., 2016 2). 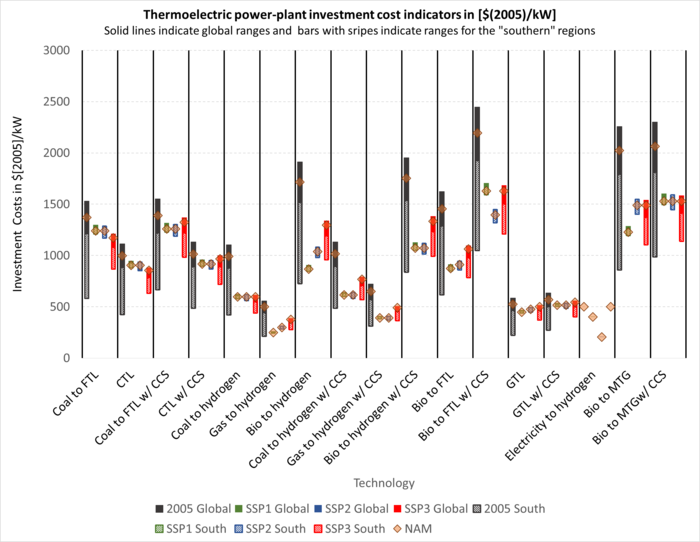